The House Of Healing

Christena took a few notes as Alisa explained her symptoms. "All right. I'd like to run a few tests if that is all right with you."

If Alisa gave her consent, Christena would examine her and perform a couple of tests to determine and confirm what her suspicion were. She didn't tell Alisa what her immediate thoughts were on the matter as that was not a good practice. She instead would let the tests speak for themselves.
Top

She toddles along for moral support, but sits to the side on a chair in the room in order to give Christina and Alisa room for the examination.
Top

Surgery scheduled next cycle evening. Any volunteers that either like assist or come watch for learning process are welcome to. Target: Reconstruction of vocal cords.

So the tests would show Alisa is not sick at all. She is at best healrh. Just that there'a new life growing insede her.
Top

Once the tests were finished, Christena came back into the room with her results. "Congratulations! It looks like you have a little one in the oven, Ms. Alisa."

She'd explain to Alisa the suspected time of the pregnancy and due date.

"So far everything appears to be normal. If you're frequent to the city, I'd like to schedule some follow-ups with you throughout the pregnancy to make sure everything's okay."
Top

She grins and nods to the result and they way it's expressed. "That only confirms it, thank you. I will gladly come again then."
Top

It had been many months that the proprietors were away from The House of Healing, leaving it in the hands of their volunteers. Though suddenly Danae had returned.Â

The chant had it that some tragedy had befallen on her ears, and it surely explained why one of the surgeryÂ rooms was specially reserved. A covered bier was seen transporting some sort of body in. Once the door closed, no one was allowed in but people with Danae's own permission. Fairly soon as the display took place, the smell of formaldehyde, incense, and hints of flowers permeated the door. It still wasn't a secret that the House of Healing performed private burials, but this one seemed to truly give the hospice a dour air.
Top

After a long discussion in the market ward near the clerks ward among a group of 'walkers and othersÂ  a decision is made.Â  A young woodling celestial blood is lead by a one Izra Antonella of the fraternity of order to the house of healing in the clerks ward.Â  Izra stays for the evening as a familiar face introducing themselves to the staff there, explaining the situation, and asking them to do a full checkup upon her when she is reasonably stable enough to do so.Â  Upon waking Izra leaves for a scheduled training session and when time allows is seen once again in the 'ward.
Top 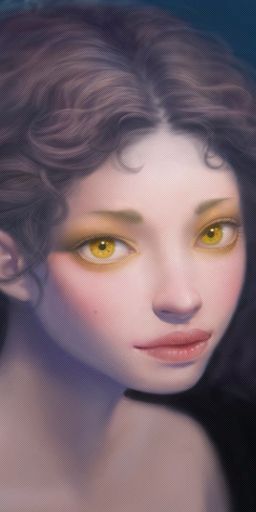 The wildling seems mostly cooperative with procedure and exams.Â  She flinches at rapid movements, particularly of her caretaker's hands.Â  She barely speaks, then mostly when spoken to.Â  When she speaks it is broken, infantile celestial or druidic.Â  She clams up entirely around druids, only speaking to them when they are present in one or two word responses.Â  She gets nervous when people speak celestial around druids.Â  She calls druids "the masters" and refers to celestial as "the forbidden tongue".Â Â

Once comfortable she seems generally playful and breaks into bird songs.Â  The ward is filled with the music of starlings and the coos of mourning doves. When threatened she pulls into a very small ball in a corner and growls or hisses like a cat.Â  She seems to know very little about being an actual person, continuously asking if new visitors are "new master".Â

Her clothes are tattered, barely decent, and she bares a green ring around her neck.Â  It is in the kind of ring one gets from wearing cheap or rusted metal against the skin.Â  She is dirty, and bruised, but doesn't seem horribly injured in any way.Â  If she ever has been, the injuries have been tended by a master healer.Â  She seems to recognize most exam procedures as if she's been tended before.Â  She does ask a curious question in her broken Celestial each time they examine her.

"Has been bad? Will be punished?" As if she associates medical care with something that comes before and after this punishment she asks about.Â

She has beautiful snow white wings... But doesn't seem to know how to use them.Â  When Irza leaves she crawls into a corner, withdrawing again.Â  When the door opens her response is always the same, "Bah-ane? Eer-Zah?"
Top

Izra returns some hours later, less then a half cycle.Â  She is wearing a dark brown over coat with a scarf around her neck.Â  Her face is decorated with various shades of red rashes which have already began to peel while her lips are splotched blue, severely chapped, and highlighted with dark red cracks from peeling dead skin.Â  She removes her gloved hands at the entrance revealing a few bandaged digits along with red splotches similar to what is seen on her face.Â  Izra smiles in greeting at the front door and asks them to prepare her for treatment and will gladly await her turn and asks for the condition of the 'patient' wildling she had brought in earlier.Â  The color might have drained from her face and lips otherwise upon the news.Â  Izra slowly approaches and kneels before the frightened young wildling outstretching her hand palm up and says in celestial. Â Â  "Come with me and lets find a place to sit down on two of the 'soft' beds.Â  Please". Â  Â
Top