Nursing at the Gatehouse 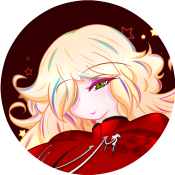 Under the invitation of Amir 'Neath, Saiyuu made her way to the Gatehouse. Something about an offer to help, she recalled that a few days ago she had offered to aid with her medicine skills. And well, some magic, if she could provide. As much as she joked around, she was a Priestess, she still remembered the lengthy years where she practically forced herself to learn these things. Focusing on learning was never a thing that came easily to Saiyuu. It was a thing she could do, but she was a Demon. Chaos lived in her mind, in her body. It was a struggle at times to put things into a properly order when so many of her instincts constantly screamed at her to do the exact opposite.

But, that was her life. A struggle.

Still, there she was. Not on her own either. A small sect of acolytes came along with her. Fellow followers of Dionysus, assigned to train under her. As much as she could provide that is. She tried, mostly doing it in the same way she had been taught. Which, admittedly, had been a greater struggle for herself. Something about her hard time focusing on the lectures at times. But she did. Out of gratitude, largely. Her faith in Dionysus was something that confused even her. It wasn't as though she believed him to be the greater God of all, or that she felt like his slave. To her, he felt like an odd friend. One she was grateful, and devoted to. His calling in a time of need gave her life a much necessary twist. That was one of the few things that she considered unchanging about her. Gratitude. She never knew why. Maybe a therapist would. But the last time she had been to one, she flirted with the man, and the whole thing went under.

Regardless, now she was there, in the Gatehouse. Particularly, she had asked to be assigned with the acolytes to the section where the victims of this Slimy Doom were being kept. At least the Bleakers were willing too open some doors , despite the fact that a Demon, of all things, was offering to help. She didn't have a cure, her magic wasn't the solution to every problem, and Amir thought there was something they could do still, so she figured she might try. So she went around doing what she could. Exchanging sheets for new ones, offering comforting words or news to those willing to hear it, using some of her magic and medicine not to cure the disease, as she couldn't, but at least to soothe the pain and the dreadful feeling caused by the affliction.

A moment around set her thinking. A particular pair sitting upon a corner. A man on a bed, a woman sitting next to it, face ragged, tired, as if she'd been crying. This set Saiyuu's chaotic thoughts in a rare moment of quietude. The mess of jumbling feelings, urges and thoughts ceased, all to bring a particular memory, a particular feeling to the forefront. She found herself staring for a moment that didn't quite seem to pass. It was a feeling somewhat familiar to her. Coldness to her fingertips, a certain tightness to her chest. It wasn't the void feeling she used to feel many years ago, when eating a soul. It was worse, much worse.

Mostly because it reminded her of "Him".

The person she wanted to save. The one person she felt like doing that for. At least up to that point in her past life. The one who changed her. Who convinced her to leave the Abyss. Who gave her life for her.

The one whom she remembered to have made her look much like that particular woman upon the seat.

It wasn't a particular rainy day back then. In fact it had been sunny. It would have been what a Human could have called a pretty day even. She had been sitting against a tree, bearing wounds that would eventually heal. Her body was meant to endure better than those of mortals. In her arms, she had a young man. A deep, gouging wound upon his stomach, another across one leg. He wouldn't make it, she knew that. Not without healing, not without treatment, neither of which she had at the time. These days, she only knew how to destroy, how to ruin things, taint, corrupt them. She didn't know how to help anyone, how to save them. She was a selfish woman. The Abyss had taught her well. Through much of her life, she had been taught to be selfish. Mostly by virtue of greater demons often taking away things that she came to enjoy, whenever they could be taken.

Now they were taking another one. And there just wasn't anything she could do but watch. No people nearby, no towns, nothing. Moving him in that state was unacceptable, it'd just pain him, kill him faster.

At some point in that wait, she had apologized. She didn't knew exactly why, but she didn't. It was the first time she was apologizing for losing something. Or in this case, someone. She held the man's hand, she heard his words. They were kind, understanding. He was still smiling despite his condition. He was also crying, she thought. Crying, what did that feel like? At that time, the emotion was unknown to her. Spilling water out of her eyes despite no visible pain happening. There was a feeling like that of a hourglass, running out of sand. She was familiar with that feeling. Death was arriving. Normally she might have been the one bringing it, but now she wasn't the direct responsible, and all she could do was sit and watch it happen. All she could do was hold his hands, tighter, as if the meaningless act could stop him from seeping away.

But it couldn't. His life was parting, she was watching it. Each passing second felt like another hour, each one bringing more dread into her. He would be gone, she would be alone, again. Another familiar feeling. As a demon, she never had been much close to others, unless when the situation called for it. There were no such things as friends. There were allies of convenience, at best. That man wasn't one. That man nearly had his life claimed by her. She had deceived him, hurt him, abused his trust. But he still wanted her. He insisted in believing her, for a reason she didn't know why.

His last words were wishes. He wanted her to be free. To be who she wanted to be. Not what she had been made to be from birth. She didn't understand what he meant at the time. Nor did she understand what he meant by his last words. They were three. Humans often told them to each other, when they were lovers. Now he was telling her that. But they weren't meaningless. Not like when she used them to lure a soul into Abyss. Those felt real. Those shook her.

That was the last time she heard his voice. And the first time she understood what crying felt like. What real loss felt like. She hated that pain. It wasn't a physical one. Some Succubi felt a certain void in their bodies when they claimed a soul, after the act. She was one of them. The act always felt disgusting to her. The process was very enjoyable, but the end result was that disgusting void. Now she'd almost welcome it if it came. It was bearable. That new one wasn't. She didn't know how long she just sat there, saying meaningless things, doing meaningless actions. Saiyuu shook his body, took his hands, kissed his head, his lips. Murmured things. She yelled at him, then yelled at herself. She clawed at herself, hoping the physical pain would help distract her mind, only to realize it didn't.

The memory would always be her most vivid one. So strong in her mind that just by thinking of it, she could smell the blood, the trees, the dirt of that day. Saiyuu didn't quite realize when it happened, but her eyes had grown wet as she stared at the woman. She was back to the infirmary now, idly touching her own eyes, breathing deeply. Someone nearby had paused to stare at her, wondering if she was alright. Then again, a nurse despairing at the state of those patients wasn't that uncommon. She swallowed it all up, squeezing her eyes, and moving on to work.

She kept a closer eye on that couple, throughout her time in the Gatehouse, and in similar cases. No energy was saved, no amount of effort was too much from her part. She didn't know if it would matter, but she would try. Be it through her faith, through medicine, through care, it was something she had to do. To try.

If it was up to her, she would never let anyone feel the way she felt that fated day.
Top