A Letter to the Gatehouse

In the waning hours between Anti-Peak and Peak, a letter arrives to the offices of the Gatehouse, addressed thusly;


To the Dignitaries of Bleak Cabal and it's most prominent membership,

It is with great interests and hopes that I write to you today. I am Sato Usi'dora, an arcanist and researcher of fair prominence without our city who has taken specialization with the development, creation, and utilization of autonomous constructs commonly known as and thereafter referred to as 'Golems'; and after avid discussion with Namer Fritz as to their potential uses within the Gatehouse itself, I offer a proposal:

The Charity of the Bleak Cabal is renown all across Sigil, not only for their care of the misfortunate but the clinically insane as well - tasks difficult both mentally as well as physically. Thus, with interest in the well-being of the members of the Bleak Cabal, I would like to donate a totaling of ten Stone Golems to the Gatehouse, pending approval of the necessary dignitaries. These constructs can be tasked to a number of idle duties, including but not limited to the guarding of violent patients, lifting and carrying objects weighing up to Seventy Stone, repetitive physical tasks (such as stirring a pot), and general maintenance (such as to keep a room clean of any debris or detritus). More specific functions can be programed upon request, or accessed manually within the golem control devices that would be offered as a part of this donation.

If it's to the interest of the necessary parties, a demonstration can be scheduled at earliest convenience, otherwise any concerns or questions may be addressed to the Courthouse, or the Chirpers Apartments. I thank you for your time and consideration, and hope to be working with you all very soon.

- Sato Usi'dora,
Aide to the Fraternity of Order.

The letter is sent up to the Factol's desk, amended with a note from Factor Amir.

Ten stone golems to aid with construction of the new Wing, to be returned when the Wing is built. Already cut the deal, just give the okay and they'll be here.
-Amir 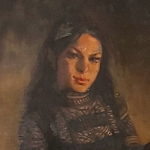 Amir gets a note back -


Good news. Send them to the garden when they arrive, they can help dig.

Little more than a week followed after the aforementioned approval, ten days of crafting summarized in a rather plain, neat little bot to arrive to Amir's desk if not the intricate mail system that likely flows like lifeblood through the Gatehouse. Within, as promised, were ten little leather-bound wristbands, each with an obsidian-like gem in both color and consistency worked into their center. Along the spines of each band were a choice word of the eclectic, draconic tongue. When the choice word is spoken with it's matching band in-hand, they would summon forth one of the ten golems offered.

As promised, the constructs were a viable choice for manual labor. Lifting, carrying, and in this case digging were all more than viable duties to the autonomous, restless workers.

A simple note accompanied them, bearing little more than a return address pointing towards the Chirpers apartment complex.
Top