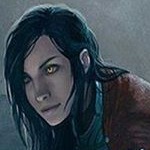 ((This is first post on Katanis journey toward maturity. Because at its core, she is still rather immature in many regards. What her beliefs are right now, doesn't necessarily reflect what factions truly represent, or should be, it's a journey after all.))

Life was the pursuit of joy.

This was what Katani believed, and with such an ideal, her choice to join the Transcendent Order over the Society of Sensates might come as a surprise. However the nuance was what attracted Katani to former above the latter. The Sensates She believed to represent external stimuli to achieve. The Transcendent order however, to her, explained that happiness would come from within. And this is what Ciphers represented to Katani, learning to know yourself. Through this learning to accept the multiverse.

To do this, she'd need to learn to act without a thought. It sounds simple enough. But the more she thought about it - there's that word again. Thought... how was she supposed to learn to not think about when she probably needed to think about how to not do it? Surely the Ciphers were allowed to think on their actions sometimes? Or did they just really need to do everything on a whim and hope for the best?

That couldn't be the full answer either, she thought as she was floating within the Cadence of the Planes. The deprivation chamber located within the Great Gymnasium, meant for its members. Stripped down to nothing, rope around her ankle. Floating in the dark, soundless levitation field, with just herself and thoughts left all alone. Having to face all her demons, some literal too, all her thoughts, and none of the surroundings at the same time, while trying to rationalize that action without a thought is the purest representation of the multiverse. 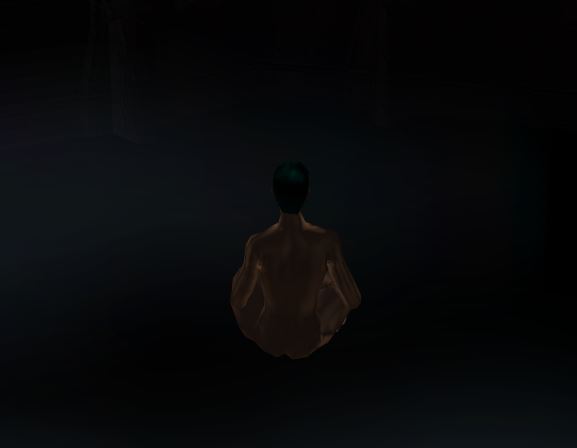 She was, apparently, supposed to hear the rhytm and pulsemoves of all planes. But she was fairly certain that was infact her own heartbeat. Which sounded much more prevalent. Cadence of the Planes represented more than just the room however, it represented rhytm of the multiverse that one could only feel, not hear. How all of multiverse is connected... or something, she was still ways off from really catching the drift of that idea. These were some of the many thoughts going through her mind, other times she was trying hard not to think anything, invain as so many before her would find, it wasn't the right technique to go about it after all.

After her time in the chamber was done, and it was time for the next person to be let in, she left mind full of thoughts and fascination. It'd be a long journey to get to it! At least she was already physically quite fit, and had been doubling her training regiment on that regard ever since joining, but that'd take her only so far. She would just have to remember that it wasn't a competition.
Top

"This is not how you feel the multiverse, namer Katani." said the githzerai Srazad, Master of the Heart of the Ciphers. And tutor to her, and many other initiatives, who, like herself just quite didn't get it. She, like her peers were seated on small mats trying to meditate, "to feel" as Srazad had put it. And they were sort of right, she grudgingly had to admit. She opened her eyes and looked up at her peers, and then at her mentor. "I don't get it." Katani admited out loud "How do I get from here-" she gestured herself with both hands, and then at Srazad "-to there? No matter how much I try to silence my mind, the more thoughts come to me."

The gith gave an amused look. Walking over to Katani. "Perhaps if you cannot block thought and emotion, you must learn to listen to them?" That didn't help out, and it was evident from her expression, a signal that had her mentor continue "What do your thoughts tell you?" a quirk of Katanis brow. "I dunno, feeling confused, and sorta hungry." she said cautiously. The gith appeared unphased and continued "And what does that tell you?" Katani gave glances at the other students as if it was self-evident, but stated it regardless "That... I should go grab some snacks, and refine my ability to ask questions?" which earned a small chuckle from one of her peers, but not the Gith. Gith were always a tough crowd.

"It tells your mind desires to do. You cannot silence your mind, you have to give it a task." the gith circled around and continued "Tell it to observe breath. Breath in... breath out... breath in... breath out..." it was a simple trick, in hindsight. And while she was initially skeptic, that did quickly subside as she realized it actually worked. There she remained seating remaining only mindful of herself breathing in, and breathing out. "Now you understand the importance of making friends with your mind." that might've been a bit of a stretch, but she was getting there, maybe.
Top